Do you know someone who snores? 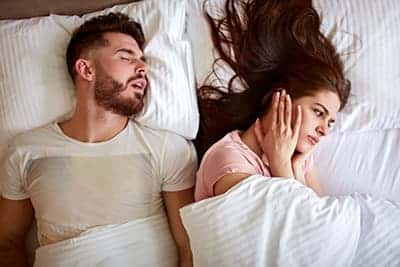 Excessive snoring may be a signal that something is seriously wrong with one’s breathing during sleep. Snoring is indicative of an airway that is not properly open; indeed, the sounds of snoring coming from the body’s extra effort to force air through such a narrowed passageway. Snoring can be one of the important signals of a potentially dangerous sleep disorder called sleep apnea.

Sleep apnea is a medical condition that requires careful attention and proper treatment. This disorder, which can become life-threatening, involves the frequent collapsing of the breathing passageway during sleep. This collapsing can cause a partial or complete blockage of the airway.

Snoring and obstructive sleep apnea affects millions of Americans, often with significant impact on social relationships, energy levels, and cardiovascular health. Although every patient can be helped, our goal is to identify the precise source of the problem and to use noninvasive office treatments whenever possible as opposed to surgery.

Through recent advances, sleep specialists are now able to detect and diagnose breathing disorders at earlier, more treatable stages. The first step in diagnosis is to conduct a sleep study. A sleep study is used to identify and measure the different stages of sleep, as well as to record and classify various physiological activities and the problems that may be associated with these during sleep.

After the study, a board-certified physician will review and interpret these records to determine whether the patient suffers from sleep apnea, how severe it may be, and how to best proceed with treatment.

Snoring is a common problem among all ages and both genders, and it affects approximately 90 million American adults—37 million on a regular basis. Snoring can cause disruptions to your bed-partner’s sleep in addition to your own, but it is more than just a nuisance. It may be symptomatic of more serious health problems beyond fragmented, unrefreshing sleep, and poor daytime function. Snoring is linked to sleep apnea and other serious health concerns such as heart disease. 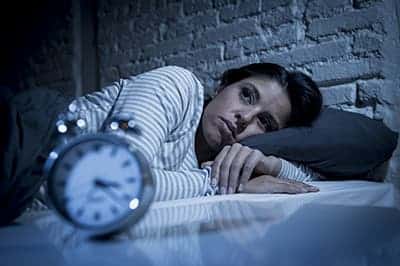 Insomnia is characterized by an inability to sleep and/or to remain asleep for a reasonable period. Insomniacs typically complain of being unable to close their eyes or “rest their mind” for more than a few minutes at a time. Insomnia is a symptom, though a common misconception is that it is itself a sleep disorder.

Insomnia is most often caused by sleep disorders, but other causes include fear, stress, anxiety, medications, herbs, and caffeine. An overactive mind or physical pain may also be a cause. Finding the underlying cause of insomnia is usually necessary to cure it. 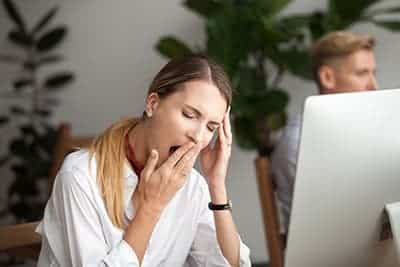 Hypersomnias are disorders that involve excessive sleepiness and difficulty staying awake during the day. If indeed, you are suffering from hypersomnia, no other identifiable causes will contribute to the predominant symptom of excessive daytime sleepiness. Persistent sleepiness lasting more than three months without abnormalities specifically related to REM sleep is called idiopathic hypersomnia. A pattern of periodic isolated episodes of sleepiness is called recurrent hypersomnia.

While sleep studies are often recognized as taking place throughout the evening, multiple sleep latency tests (MSLT) take place during the day. MSLT test excessive daytime sleepiness by measuring how quickly one falls asleep in a quiet environment during the day. This is a standard tool used to diagnose narcolepsy and idiopathic hypersomnia.

Parasomnias are a category of sleep disorders that involve abnormal movements, behaviors, emotions, perceptions, and dreams that occur while falling asleep, sleeping, between sleep stages, or during arousal from sleep. Most parasomnias are dissociated sleep states which are partial arousals during the transitions between wakefulness and NREM sleep, or wakefulness, and REM sleep. Some examples of parasomnias are sleepwalking, nightmares, sleep paralysis, REM sleep behavior disorder, and sleep aggression. Parasomnias can have negative effects on people both during sleep and while awake.

What are Night Terrors? 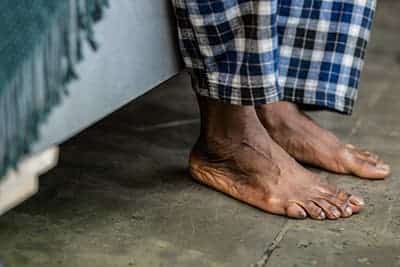 Sleepwalking is a behavior disorder that originates during deep sleep and results in walking or performing other complex behaviors while asleep. It is much more common in children than adults and is more likely to occur if a person is sleep-deprived. Because a sleepwalker typically remains in deep sleep throughout the episode, he or she may be difficult to awaken and will probably not remember the sleepwalking incident.

Sleepwalking usually involves more than just walking during sleep; it is a series of complex behaviors that are carried out while sleeping, the most obvious of which is walking.

Symptoms of sleepwalking disorder range from simply sitting up in bed and looking around, to walking around the room or house, leaving the house, and even driving long distances. It is a common misconception that a sleepwalker should not be awakened. In fact, it can be quite dangerous not to wake a sleepwalker.

The prevalence of sleepwalking in the general population is estimated to be between 1% and 15%. The onset or persistence of sleepwalking in adulthood is common and is usually not associated with any significant underlying psychiatric or psychological problems. Common triggers for sleepwalking include sleep deprivation, sedative agents (including alcohol), febrile illnesses, and certain medications.

The prevalence of sleepwalking is much higher for children, especially those between the ages of three and seven, and occurs more often in children with sleep apnea. There is also a higher instance of sleepwalking among children who experience bedwetting. Sleep terrors are a related disorder and both tend to run in families.

Periodic limb movements in sleep are repetitive movements, most typically in the lower limbs, that occur about every 20-40 seconds. If you have PLMD or if you sleep with someone who has PLMD, you may recognize these movements as brief muscle twitches, jerking movements, or an upward flexing of the feet. They cluster into episodes lasting anywhere from a few minutes to several hours.

Individuals with PLMD may also experience restless legs syndrome (RLS), an irritation or uncomfortable sensation in the calves or thighs, as they attempt to fall asleep or when they awaken during the night. Walking or stretching may relieve the sensations, at least temporarily. However, research also shows that many individuals have PLMD without experiencing any symptoms at all. It is not unusual for the bed partner to be the one who is most aware of the movements, since they may disturb his/her sleep.

What is Restless Leg Syndrome? 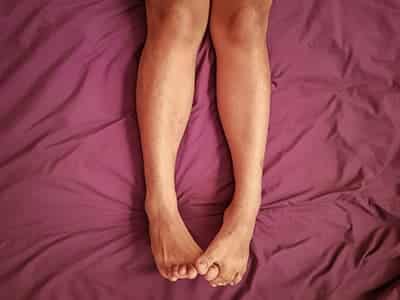 What is Circadian Rhythm Disorder?

Circadian rhythm disorders are disruptions in a person’s circadian rhythm—a name given to the “internal body clock” that regulates the (approximately) 24-hour cycle of biological processes in animals and plants. The term circadian comes from Latin words meaning “around the day.”

As a result of the circadian mismatch, individuals with these disorders usually complain of insomnia at certain times and excessive sleepiness at other times of the day, resulting in work, school, or social impairment. 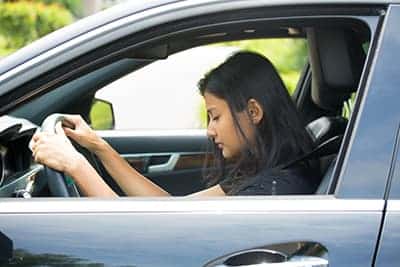 Narcolepsy is a chronic brain disorder that involves poor control of sleep-wake cycles. People with narcolepsy experience periods of extreme daytime sleepiness and sudden, irresistible bouts of sleep that can strike at any time. These “sleep attacks” usually last a few seconds to several minutes.

Narcolepsy can greatly affect daily activities. People may unwillingly fall asleep while at work or at school, when having a conversation, playing a game, eating a meal, or, most dangerously, when driving or operating other types of machinery.

In addition to daytime sleepiness, other major symptoms may include cataplexy (a sudden loss of voluntary muscle tone while awake that makes a person go limp or unable to move), vivid dream-like images, or hallucinations, as well as total paralysis just before falling asleep or just after waking up.

Unfortunately, there is no cure to Narcolepsy, however, there are a variety of treatments that can significantly help.  Cognitive Behavioral Therapy (CBT) is available to help change sleep patterns and sleeping factors.

CBT involves regular, often weekly, visits to a clinician, who gives the patient a series of sleep assessments, ask the patient to complete a sleep diary, and work with the patient in sessions to help change the way the patient sleeps.

Can children have sleep disorders too?

We treat the following pediatric sleep disorders and more: 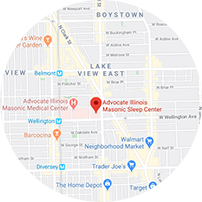